I hate the fact that I know anything about the new royal baby.  But as someone who engages on social media channels every day for a living, I can’t help see the posts!  #RoyalBaby was the top trending hashtag on Twitter yesterday and today, trending topics continue to include his royal parents’ names. Really?! 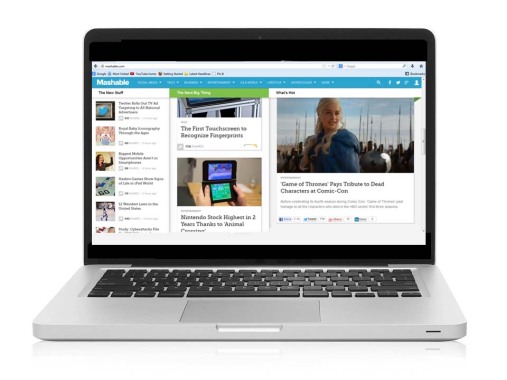 Are you getting your information from sources that re-arrange topics based on social influence?

This is clearly a result of social media’s influence on “data driven journalism” – a way of tracking what people are reading (and which resources they are using to read those stories)  to determine placement of stories and topics. The more stories that people comment on, share and re-tweet, the more the news industry thinks it’s important to readers – and thus, will continue to cover.  As a result, the topic continues to grow as the cycle continues. Where does this cycle leave the other news stories, that don’t contain political scandal, courtroom drama or celebrity babies?

Pete Cashmore, CEO and founder of the popular blog news web site Mashable, discussed the growing trend in data driven journalism on NPR’s Here and Now this morning. His web site, Mashable.com, which receives more than 50 million page views per month, rearranges stories based on reader interaction. Stories that generate the most reader interaction are moved to the top. However,  he did tell NPR that Mashable editors do have final say on whether a story should be moved to the front page or not. He explained that this is often the case for more long form stories that the staff feels are important, but may not be the type that would necessarily go viral on Facebook.

Wikipedia  points out that  “Data-driven journalism has an even wider approach. At the core the process builds on the growing availability open data that is freely available online and analyzed with open source tools. Data-driven journalism strives to reach new levels of service for the public, helping consumers, managers, politicians to understand patterns and make decisions based on the findings. As such, data driven journalism might help to put journalists into a role relevant for society in a new way.

As projects like the MP Expense Scandal (2009) and the 2013 release of the “Offshore leaks” demonstrate, data-driven journalism can assume an investigative role, dealing with “not-so open” aka secret data on occasion.”

So whether I feel the latest topic going viral is worthy of public attention (aka royal baby!) the positive side of data-driven journalism is a powerful one, in that it gives power to the readers. The same way social media has put the power back into the consumer’s hands.

The following excerpt taken from my book “The Social Media Advantage” further exemplifies this:

“The Molly Katchpole story was a perfect example of how social media can magnify one customer’s complaint, and force even a billion-dollar world corporation to pay attention. This is exactly what happened when the 22-year old college-graduate posted a complaint about Bank of America regarding the new $5 per month fee for using her debit card. She turned to Change.com, a web site that allows people to use social media to post petitions and solicit signatures.

Mainstream media such as TV producers and newspaper writers turn to the social web to see what’s trending and hot on the public’s mind. They caught wind of Molly’s story and as a result, she was interviewed on TV talk shows. In the interviews, she came off as a smart, respectable young American, who people could identify with – especially those living pay-check to pay-check that were tired of extra fees big banks were imposing on them. She became the voice of what so many American’s were already feeling.  In about a month, she received more than 300,000 signatures from Bank of America customers who publically announced they were leaving Bank of America in protest of the extra fee.  In the end, Bank of America removed the extra $5 fee, a decision that costs the bank more than $3.4 billion in potential additional revenue.”

What do you think about data driven journalism? Are you analyzing data trends to make changes to your business or media company?